Personal sponsors are crucial in many sports, and tennis isn’t an exception. The top players owns trillions of dollars each year, but most of the pro players needs their sponsors to make a career. And take a look in the mirror if you think that traditional logo exposure is the worst thing in the sports business industry. Because then You haven’t understood.

Take a look at this video that Gasbar and Petter made me notice.

In short, João Sousa had an extra sponsor logo, which isn’t allowed, so he has to cut it off, in the middle of the match. Luckily, the judge has a pair of scissors.

Carlos Bernardes asked João #Sousa to cut one of the Lotto logos from his hat in the middle of the match (yup, this just happened). pic.twitter.com/eGy5GFprLE

My opinion on this ”incident” is that it is good that the rules are followed, you can’t say anything else. If you think it’s wrong, blame the rules, not the judge.

But at the same time, I’m ambivalent about if the strict rules in tennis are good or not, especially for the players that don’t belong to the absolute elite (read: top 20?). On the other hand, the rules have to be the same for everyone.

Or maybe Challengers and Future tennis (the levels below the ATP Tour) could be a little bit more generous?

However, tennis is my sport since I was a child, so I see it as a must to share what the official rulebook for 2017 says. (Click on the pictures to enlarge them.) 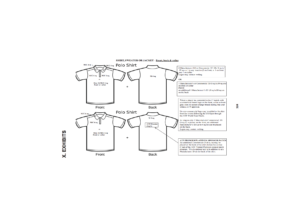 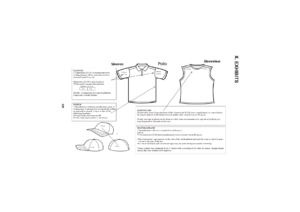 ”But hey! It’s just logo exposure, thats baaaad sponsorship and should be baaaanned!”, you might think.

Well, modern sponsorships aren’t based on logo exposure, I totally agree. But at the same time, we know that there is (still) many companies that want to have their logo exposed, not for the exposure, but for their hearts.

And more importantly, logo exposure is an simple right to sell and deliver for the player (rights holder). This is a factor that is often forgotten, because focus so often is creative activations, content and campaigns. The ”problem” for small teams, or even alone athletes, is that someone has to make all the services in return – and if you are alone, that one is you. (And you should focus on playing your best tennis, remember?)

Join tons of sports professionals from all over the world. Receive handpicked trends and topics from the sports business and sports marketing industry.